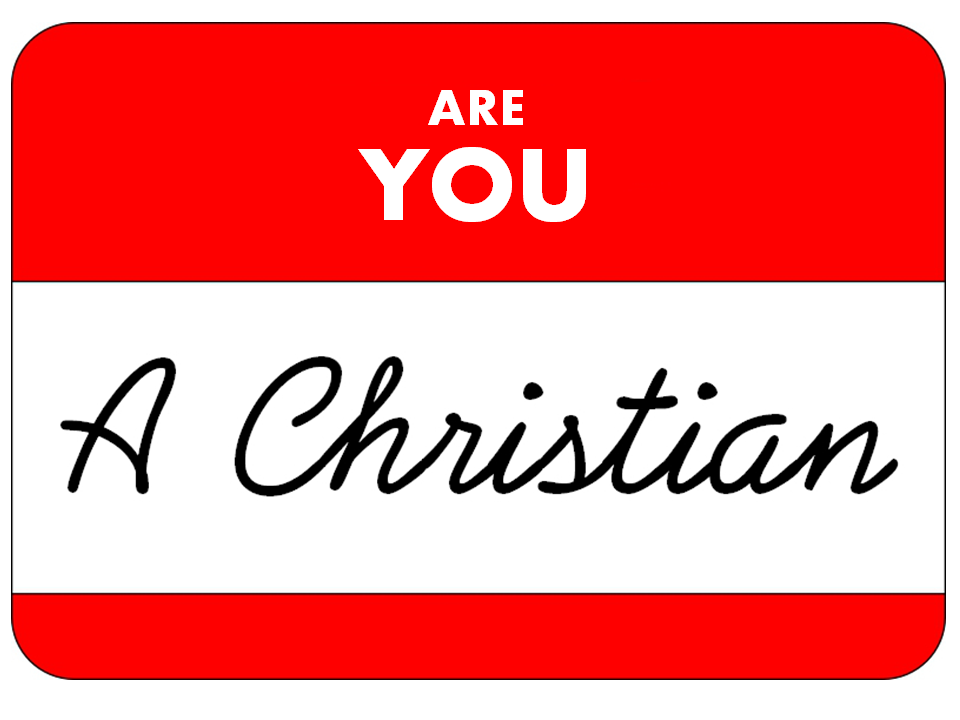 Many well-meaning church goers consider themselves to be Christian, and you may be one of them. By Christian they mean people who believe in Jesus. I think it’s better for them to say “believers” or simply “saved” because to be a Christian is to be a rebel. To be a Christian means to speak up against injustice anywhere. To be a Christian has very little to do with carrying a bible and wearing a cross or even your salvation. Are you a Christian?

The term ‘Christian’ was used to describe a follower of Christ in terms of the world, from the world’s point of view. The pagans at Antioch called the apostles “Christians” first (Acts 11:26; 26:28) because the apostles didn’t follow the commercial world of the pagans. The word is based on the actions of the person it describes. A Christian is a person that is attempting to be “Christ-like” in his or her actions.

Many have been convinced that to be like Jesus is to be kind, and humble and live a life filled with prayer. That would be O.K. if that were the Jesus of the Bible, but it is not. The Jesus we see in the Bible was a rebel who healed people when the religious system said it wasn’t allowed. Jesus was the rebel who wanted to establish the kingdom of God for a community of people who were oppressed by the Roman government. Jesus was a revolutionary leader for the marginalized Jews, who were filled with resentment for their Roman occupiers and for the priestly class that collaborated with the Empire. Jesus was one who dared to challenge systems that caused injustice.

It wasn’t Jesus’ kind and gentle actions that got him crucified but his wiliness to be a revolutionary. Crucifixion was a punishment that Rome reserved almost exclusively for the crime of sedition. Sedition means, conduct or speech inciting people to rebel against the authority of a state or monarch. The plaque the Romans placed above Jesus’ head stated his crime- “King of the Jews”. Every criminal who hung on a cross received a plaque declaring the specific crime for which he was being executed. Jesus was crucified because of his wiliness to rebel against an unjust system.

In the past few years American has seen its share of injustice. We’ve seen it on a national scale with the deaths of Trayvon Martin, Michael Brown and others. But we also see it in banking interest rates, company hiring practices, news coverage and many other places. While the injustice continues many well-meaning people pray about the injustice thinking they are being like Christ. If you want to be a Christian, it would involve more than prayer, it involves standing up, speaking up when an unjust system tells you not to. Being a Christian requires you to constructively challenge the status-qua in an effort to help those who are oppressed. So take some time to think about it, are you a Christian or are you simply a believer? I am willing to boldly say that I am a Christian, what about you?